It has been just over a week since Unifor was back at the gates of TMMC in Cambridge and Woodstock distributing information about our recent successful Contract Negotiations with Ford Canada. The response from workers was overwhelmingly positive and for that, we thank you! 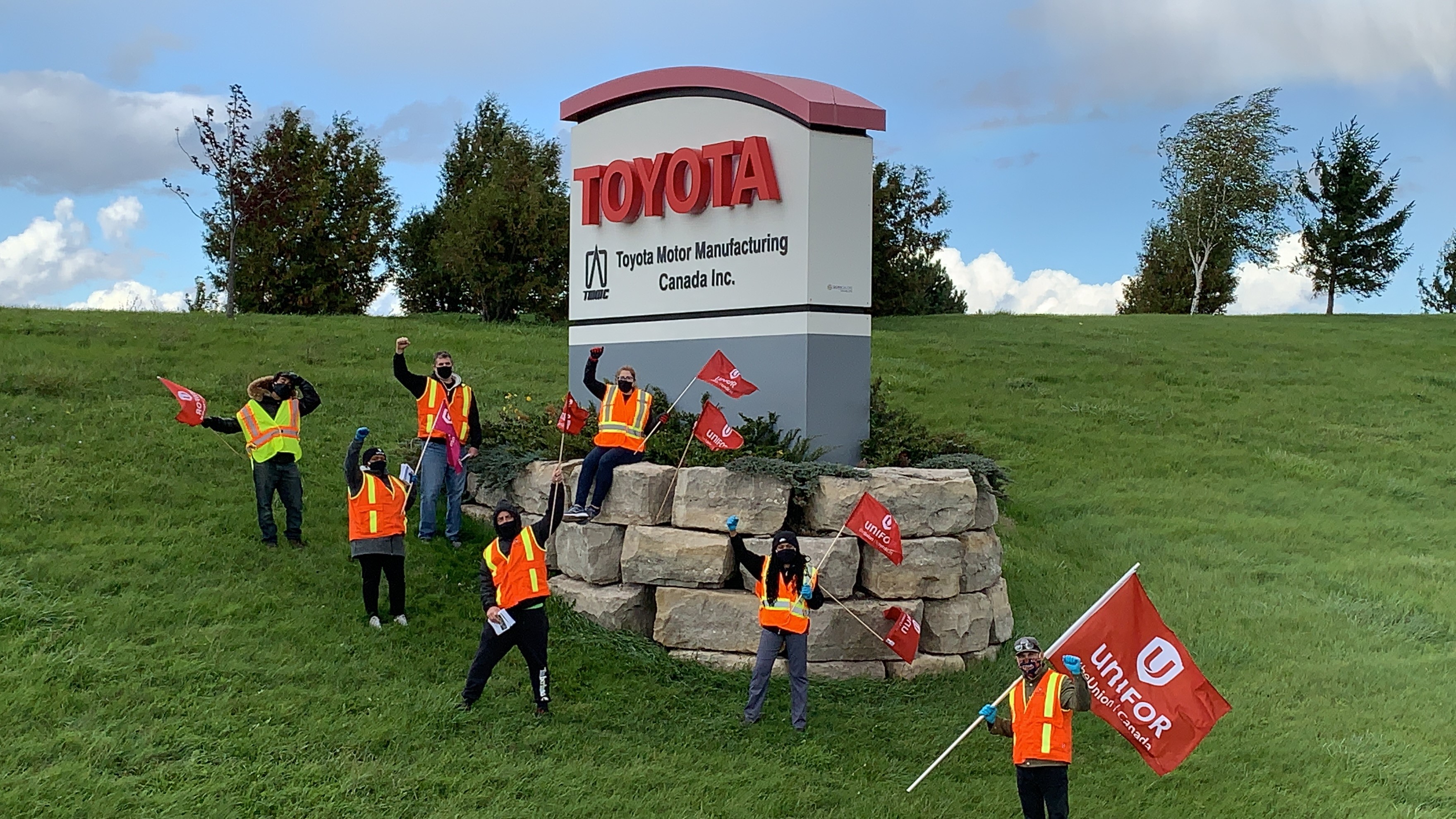 Today Unifor announed we have reached a tentative agreement with FCA with another round of huge investment. $1.35-$1.5 Billion to stabilize our Canadian footprint. On Sunday members will vote to ratify this agreement and we look forward to sharing the details with you following their vote.

We hope that you have had time to review the materials we provided last week and have scanned the code with your phone to sign your electronic union card. Cards have been pouring in and that is terrific! TMMC is a very large workplace and we hope our visit has sparked new discussions with your team members about the benefits of a union. Each person that signs a card is one step closer to having a true voice in TMMC. Feel free to pass along the contact information of your Unifor organizers should any of your co-workers request it.

Here is the link to the electronic union card and it couldn’t be easier to sign. The card, and information on it, is 100% confidential, and nobody will ever know that you have signed unless you decide to tell them. Simply click on the link, fill out the card and submit. It is that easy!

Share the link by text, email or on Social media.

In recent days, we have heard from many of our supporters at TMMC. Some have provided feedback from the leaflet, and others with questions about issues they are having within the workplace. In this email, we hope to answer some of the more common questions we have seen in the past week.

We have heard the frustrations of workers regarding the unfair distribution of jobs at TMMC. With a union, the provision for seniority will be one of the first articles in the collective agreement. When it comes to bidding/applying for job openings within a Unifor represented TMMC, seniority will be taken into consideration whenever a job opens up. As long as the applicants are all capable of performing the job (as long as the job requires no special outside training, ie. Skilled Trades), the successful applicant will be decided based on seniority. This removes the ability of management to move those they favor into preferred jobs.

We have recently had correspondence from some TMMC Team Members who were told during their 1 on 1 pension meeting with Human Resources that the current defined benefit pension plan at TMMC is funded only to 70%. This is deeply alarming and not accepted in any of our auto workplaces. , This low level of funding is not the industry standard and should be a real cause for concern.

A pension plan sponsored by a major corporation in Ontario would be quite the exception if reporting a solvency ratio of 70% or less. This level suggests a risk to future pension benefits that workers would collect with such a significant under-funding. By comparison, the Detroit 3 plans that we negotiate generally have solvency ratios between 96% and 102%.

Health and Safety/Return to Work

We have also continued to receive questions from TMMC Team Members in regards to the Health & Safety, and Return to Work practises of TMMC. Without being the Labour Relation Representatives for TMMC Team Members, we unfortunately are only able to provide guidance from the outside. Too often we have heard from Team Members about how they have been treated during and following an injury. It is not unusual for non-unionized facilities’ management to shame injured workers back to work before they are fully healed and/or to make work life so stressful or frustrating that the injured worker resigns.

In a non-unionized workplace, the employer decides on the terms of employment and has the ability to change the terms whenever, and however they would like. They are only required to follow the guidelines set in place by Ontario Labour Laws, which are only set to minimum standards. This makes the ability to manipulate injured workers possible.

Unifor prides itself in bargaining guidelines for Return to Work for injured workers that ensure the safety and dignity of the worker. We also continues to improve Health & Safety language at every opportunity.

We are certainly living and working in unprecedented times. Now, as much as ever, it is important to have the collective voice of workers to work alongside large corporations and ensure that there is a bright future for all working Canadians and their families.